“Man your ships! And may the Force be with you!”
-General Dodonna, Star Wars: IV A New Hope 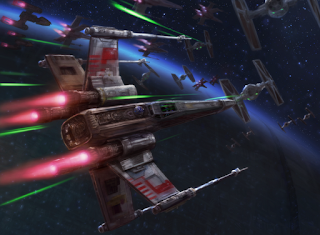 With the X-Wing Miniatures Game coming this summer, you’ll be able build your own squadron of classic Star Wars starfighters and duel with your favorite ships from the Star Wars films. In this dynamic, fast-paced game of tactical space battles, the battlefield changes in a heartbeat, and every decision you make has immediate consequences.

Today, we’re thrilled to announce the first set of X-Wing expansion packs! With these amazingly detailed and painted ships, recreate battles from the Star Wars films, or stage your own cinematic space battles.

Each expansion for X-Wing contains one striking starfighter miniature. Moreover, these expansions include new Upgrade cards and several Ship cards featuring some of the most iconic Star Wars fighter pilots.

As the primary starfighter of the Rebellion, the X-wing is a well-rounded machine that features powerful deflector shields, potent laser cannons, and deadly proton torpedoes. While less maneuverable than Imperial TIE fighters, the X-wing has superior defensive capabilities, and under the command of an experienced pilot, an X-wing performs remarkably in combat.

The X-Wing Expansion Pack includes one of the Rebellion’s most distinguished and capable pilots, Wedge Antilles. An influential character at the Battle of Yavin and the Battle of Endor, this hotshot pilot can easily outmaneuver his enemies and gain superior firing solutions. Watch out for future previews of the X-Wing Expansion Pack and the other three pilots it contains. 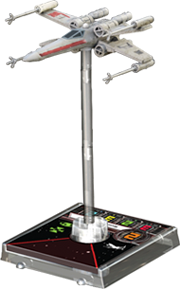 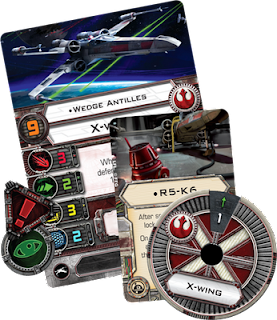 The TIE fighter is a ubiquitous symbol of the Empire. These fighters are generally employed in massive numbers, overwhelming even the best Rebel pilots. TIE fighters rely on speed and strength in numbers to overcome their enemies, and while this fighter only features a pair of laser cannons and lacks shields of any kind, its swiftness and dexterity make it a dangerous opponent in a dogfight.

Add to your swarm of agile TIE fighters with this expansion, which includes six pilots, and send out the dangerous and crafty Imperial pilot “Backstabber.” This expert pilot was one of Darth Vader’s wingmen in the Battle of Yavin. As his name implies, he is particularly vicious when attacking an enemy from behind. Give your squadron an edge in any conflict with the TIE Fighter Expansion Pack. 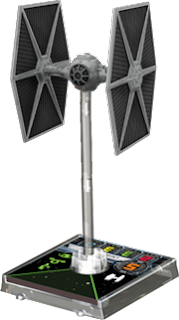 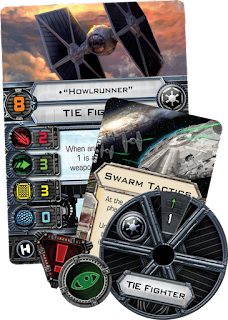 Although slower and less maneuverable than the X-wing, the Y-wing makes up for its shortcomings with superior armament, armor, and shielding. In addition to its other weapons, the Y-wing makes use of an ion cannon that is capable of disabling enemy ships without destroying them. The staple of the Rebellion until the arrival of the X-wing, this craft is still known as one of the most durable starfighters in the galaxy.

If you are looking to add a rugged fighter to your squadron, look no further than the Y-Wing Expansion Pack, which includes Rebel squadron leader Horton Salm and three additional pilots. Designated as Gray Leader during the Battle of Endor, Salm is a crack shot, and even from long distances, he can nail his target. Upgrade his ship with an ion cannon, and temporarily gain the upper hand by incapacitating enemy ships. 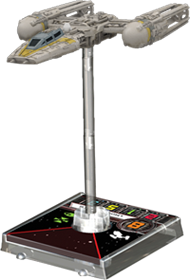 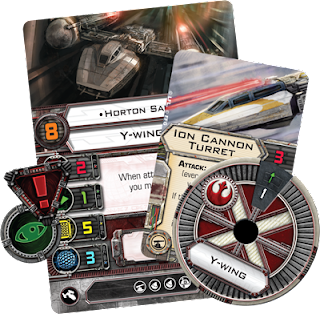 A noted improvement on the widely used TIE fighter, this fighter features shielding and better weapons, like lethal cluster missiles. This TIE fighter variant is produced in very limited numbers and only flown by experienced pilots. The TIE Advanced x1 Prototype was infamously flown by Darth Vader in the battle of Yavin.

Control the legendary Darth Vader or choose from three additional pilots with the TIE Advanced Expansion Pack. Resourceful and merciless, Vader is so skilled that he performs multiple actions in the same time other pilots perform one! 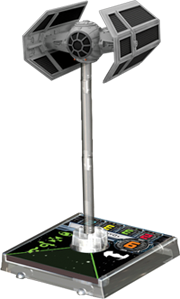 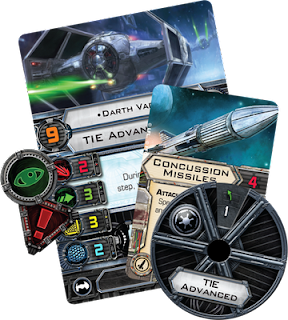 Make the jump to lightspeed with the X-Wing Dice Expansion Pack! With an additional set of custom dice, your games move faster, allowing you to focus on outwitting your opponents. This accessory includes three red attack dice and three green defense dice.

Add these convenient dice, along with all of the X-Wing expansion packs, to your squadrons when the X-Wing Miniatures Game releases this summer. These expansions allow you to amass your own collection of starfighters and deploy your own customized squadron.
Posted by CT Wargamer at 4:04 PM