So Beasts of War had a vid cast last night about the new 40K flyers that are supposed to be coming out in June 2012. Hmmmm......


Ork fighter/bomber: not one but 3 vehicles, maybe 2 kits.

Dakkajet: BS2, AV10, fast skimmer, supersonic, aerial assault, strafing run. (BS3 Vs all except jump and skimmers) Fighter ace upgrade gives BS3 against everything. During Waaaghh may get to fire twice? 3x TL A2 dakkaguns. 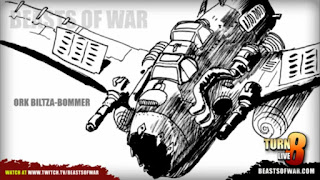 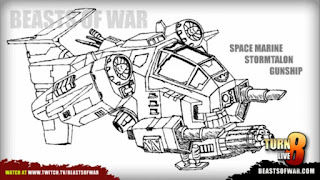 And lastly, the Necron one (no details known so far). 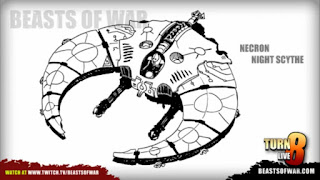 My Orks are jumping up and down in happyness at all the thoughts of teeff.